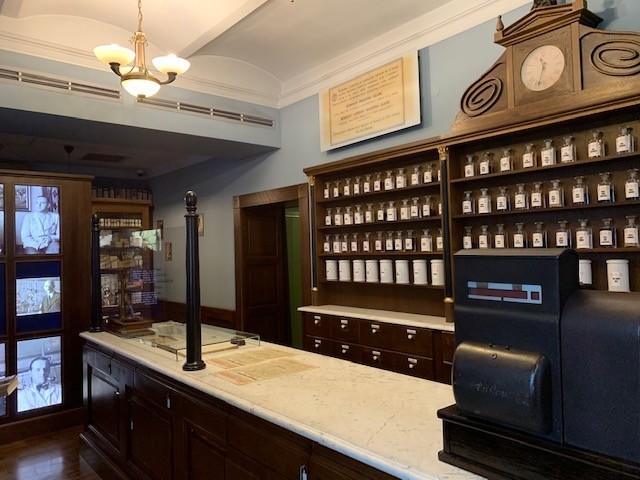 Posted at 16:45h in Blog+novità by damiano
0 Likes

I’ve just come back from my Christmas holiday where I was lucky enough to have the chance to visit the amazing Polish city of Krakow.

Every time I go somewhere, the first thing that I look at of course are the pharmacies. I like to take a peek, I go into every single one I see. I observe, I take pictures and I have a chat with the pharmacists. This was my first time in Poland and I was very curious.

The pharmacies in Krakow are being transformed from a post office style model with closed display cases, to a more open model. But this is not what I want to talk about today.

I’d like to talk to about the historical Apteka pod Orlem pharmacy, the Eagle pharmacy at number 18 Piazza Zgoda. It is the only one in the Jewish ghetto that stayed open during the second world war. I was so fascinated by the history of this pharmacy that I went to see it. It has been turned into a museum and the pharmacist Tadeusz Pankiewicz wrote a book that I read in one sitting: Tadeusz Pankiewicz, “The Krakow Ghetto Pharmacy” – Wydawnictwo Literackie 2013

I like history, and especially the history of pharmacies, most of all when, as is the case here, they are testimony to such important events. The Krakow Ghetto Pharmacy is in the heart of what was the Jewish ghetto, opened on the 3rd of March 1941.

Tadeusz the pharmacist was Polish but not Jewish, and managed the only pharmacy in the neighborhood despite being a resident, fighting evictions, closure orders and pressure from the nazis. He stayed right there, faithful to the task he had taken on and a pillar of community health. 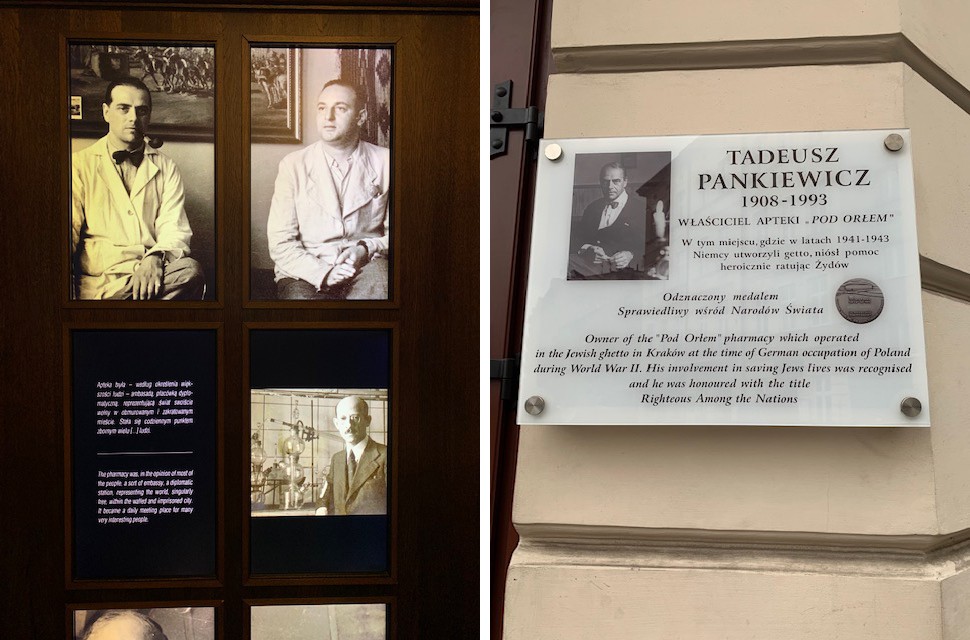 He witnesses the whole story, from the building of the perimeter walls to the division of the ghetto, the separation of families, harassment, brutal murders, the everyday life of 60,000 people crammed into 320 buildings, 3,167 rooms (4 families were given one apartment and many were forced to live on the streets) at the mercy of a pain stricken and uncertain future that would end up in suppression.

I know it is a sad, terrible and painful theme but at the heart of all that suffering one man decided to stay. He decided to help and observe. In the words of Tadeusz:

“the pharmacy was in the opinion of most of the people, a sort of embassy, a diplomatic station, representing the world, singularly free, within the walled and imprisoned city”

It makes you realise that the pharmacy became a sort of oasis, a free isle people could retreat to and hide their religious items (in a secret vault people hid Torahs and other religious artefacts). It was a place where people could talk and exchange messages of resistance and that it was precisely a pharmacist, that important figure, the one who took charge of the neighborhood, silent saviour of the community in spite of everything.

Lots of different people went in and out of the pharmacy left to chance whether they lived or died, people who helped the jews, others who betrayed them, people who escaped and others who were deported and killed. A whole town and a small pharmacy, a pharmacist and three staff members who worked to alleviate people’s pain, not only with medicines that were often hard to find but by listening to people and saving lives.

Isn’t that what today’s pharmacists who love their job do? The answer is yes, when it comes to independent pharmacies, or those in rural areas where apart from low prices and 3 for 2 deals it’s really the people that count. They are pillars of the community, of the small towns, those who work nights, who go to people’s houses, those who are still real pharmacists.

This makes me think of another pharmacist, Mr. Walgreen (the creator of the American chain), who during the Depression from 1929-1940 during the darkest years helped his community by cancelling out all their debts and giving them their medicine for free. During those years his wife cooked with ingredients they traded in exchange for medicine: chicken, eggs, meat and in his pharmacy they served meals for 25 cents.

“That store was the meeting place for the whole town”

The pharmacy as a meeting place for the community, in all of the places that I travel to, in all of the eras that I study: perhaps we forget all too often, led astray by the indispensable yet understandable need for profit.

Bring back value to your profession, believe in it, and fight for it like Tadeusz did, staying in the hearts of those who survived.

But how do you do that today with an ever-evolving marketplace and the difficulties that online and offline competitors pose? The question that pharmacists today must ask themselves is: in times where everyone does a little bit of everything how do I find “my uniqueness” that allows me to find moral and material satisfaction? My answer to that is: with a pharmacy that is specialized, that knows how to interpret and resolve the needs of your community.

It is about reconnecting to your territory and choosing products and related services. It is about transforming  your pharmacy into a health center which doesn’t just mean creating rooms and training your staff. It means making your pharmacy come alive, playing an active role in your patients health.

This is how the pharmacists mission will continue to be becoming the pillar of community health. 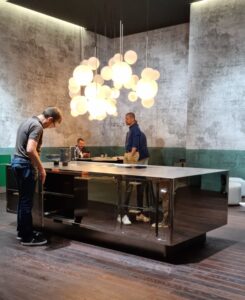 8 footsteps across the latest design trends made in ITALY! 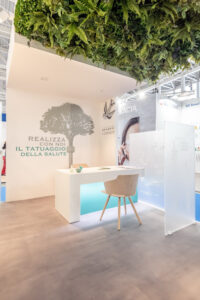 A new concept for the Pharmacy’s metamorphosis 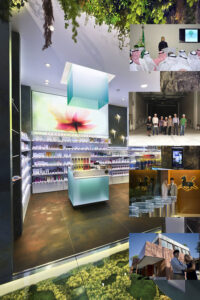 Sartoretto Verna’s Birthday Girl is back!

If you look at what she designs you may think she lives in a bush like a sort of fairy!!! …

But fairies make one’s dreams happen!
And the Birthday Girl does like so this year too…