Posted at 10:13h in Blog+novità by damiano
0 Likes 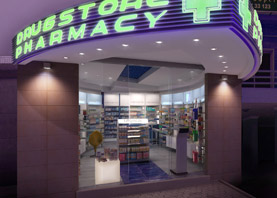 Located on the Arabian shores of the Persian gulf, Kuwait City is the capital of the Emirate of Kuwait. The new Pharmacy will rise in the Salmiya district as a stand alone Street Pharmacy. Street Pharmacies are positioned directly on the road, totally detached from the adjacent buildings. As a major cultural and commercial hub, the Salmiya district can be considered Kuwait’s flagship district in terms of modernization and new growth. It is well connected to the rest of the country featuring easy access to a multitude of significant highways and roads that pass through it en-route to the capital, Kuwait City. In Street pharmacies, the architectural edge and visual impact achieve prominence as visibility serves as the key to success for a commercial location.