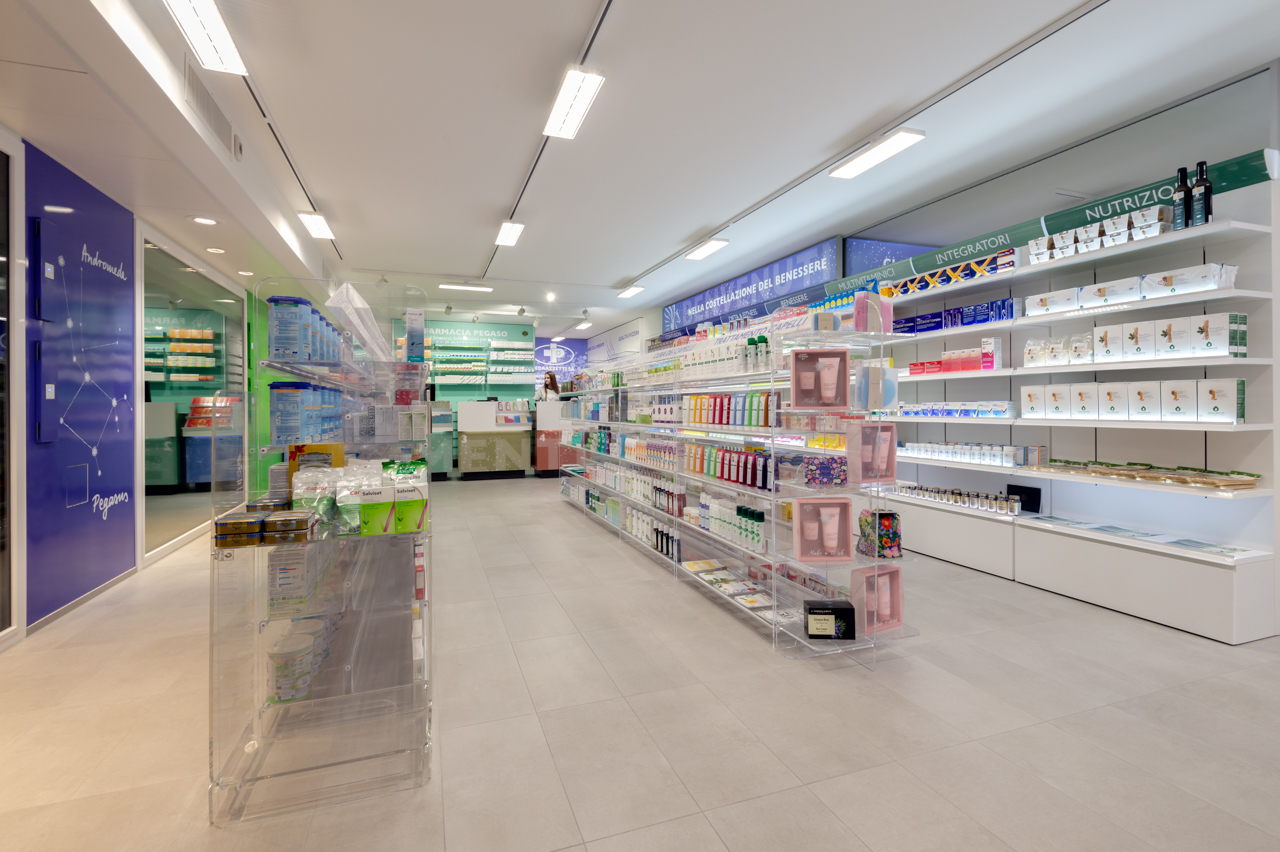 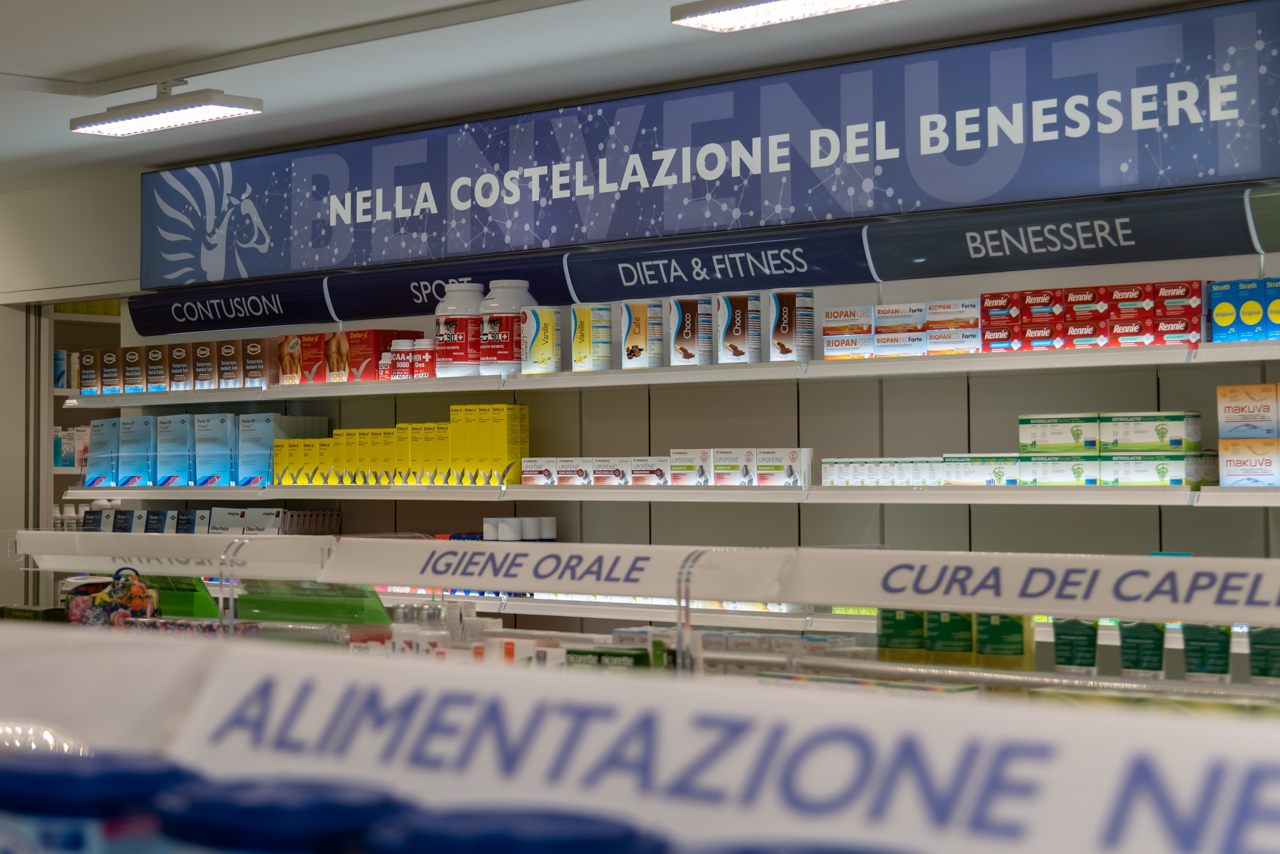 The Pegaso Pharmacy is a healthcare business recently established in Caslano, Italian canton of Switzerland.

The objective of pharmacy management was to repeat, after a few years, the major success of Fenice Pharmacy in Bellinzona.

We coped with small spaces to be maximized the most in terms of management and sales. The premises were located on the ground floor of a building entirely dedicated to health and wellness. 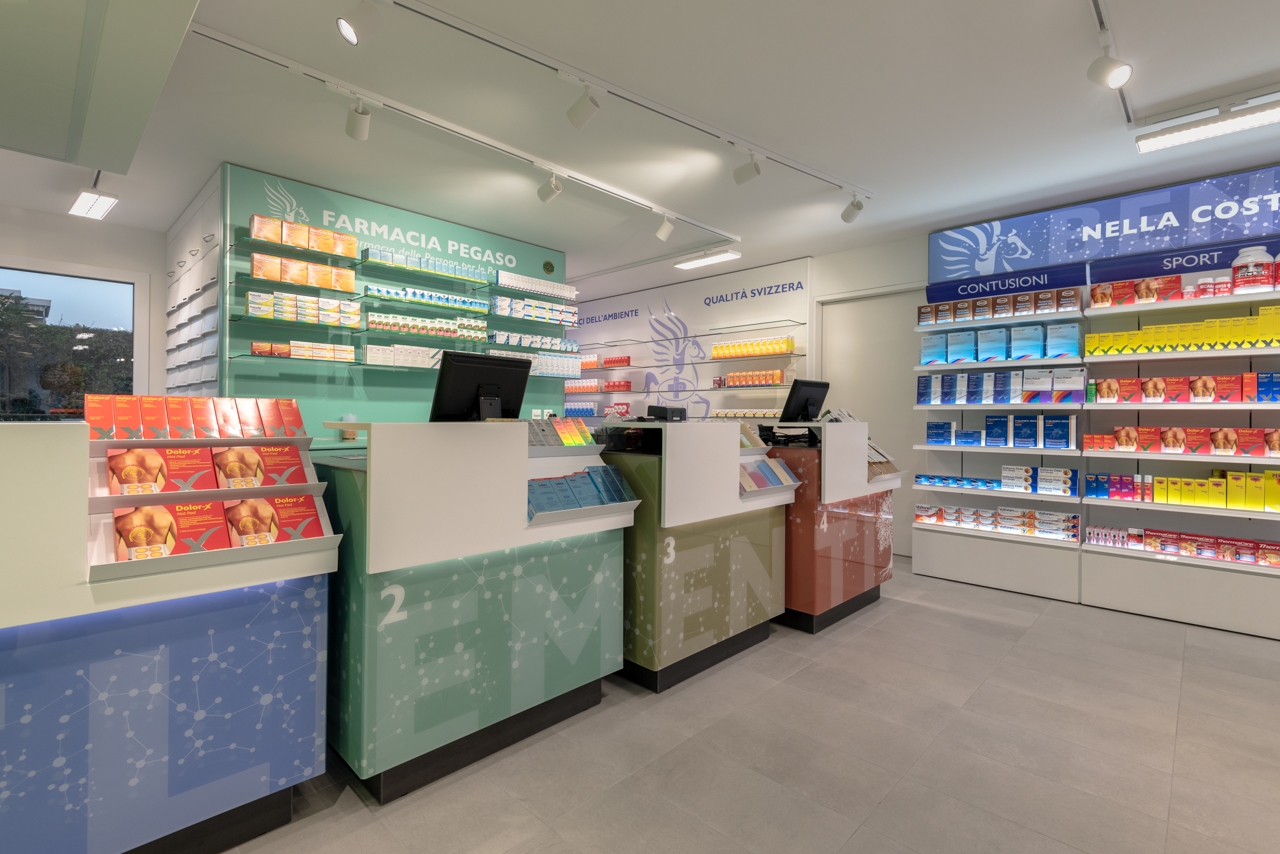 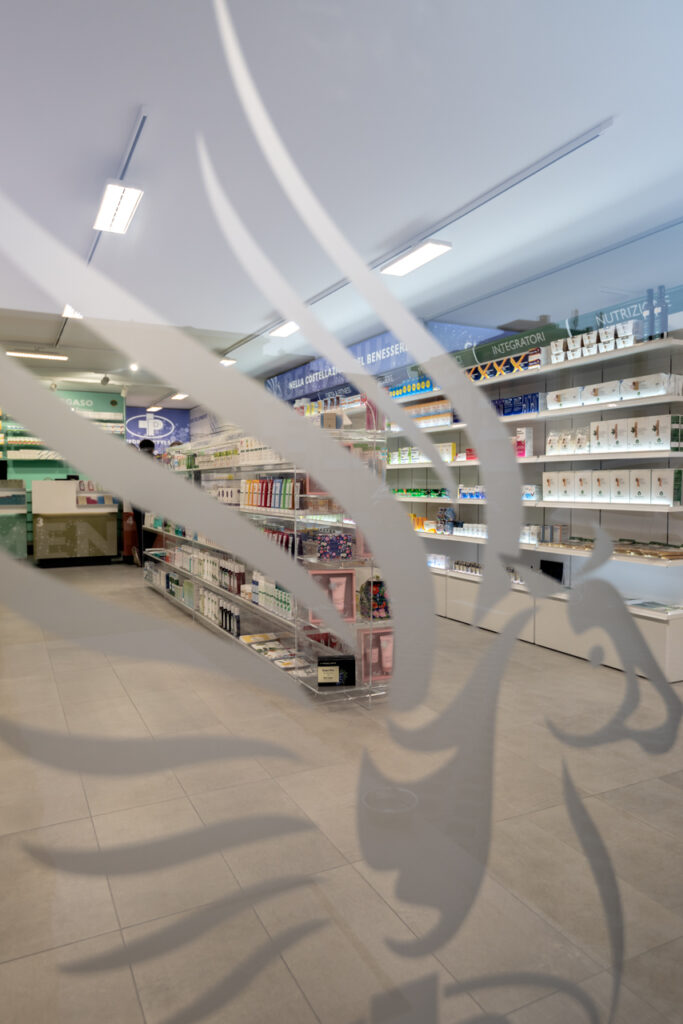 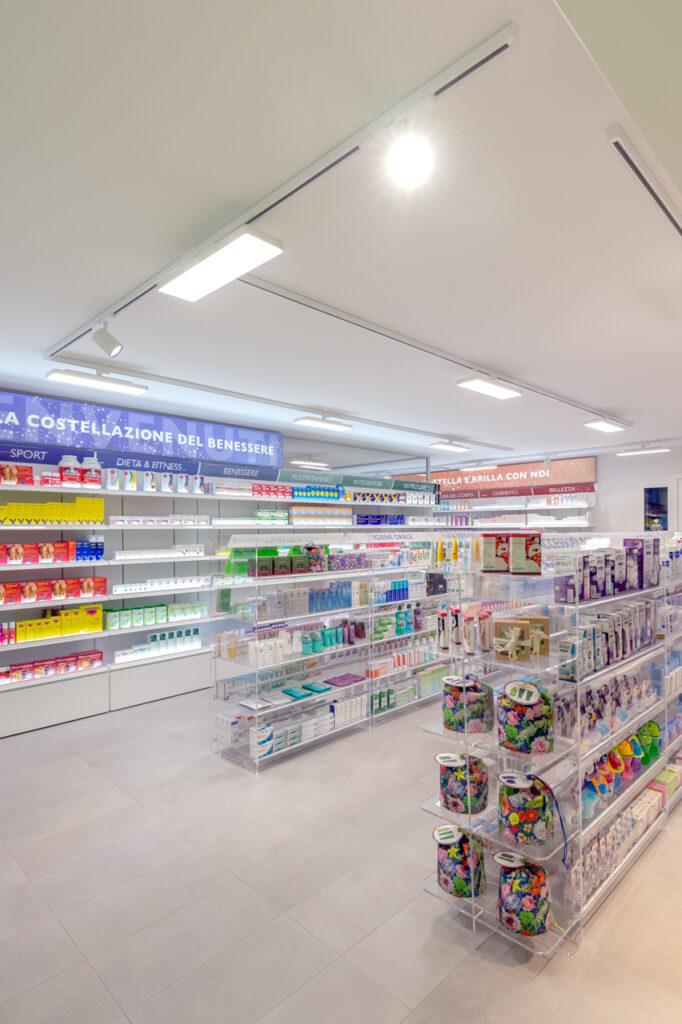 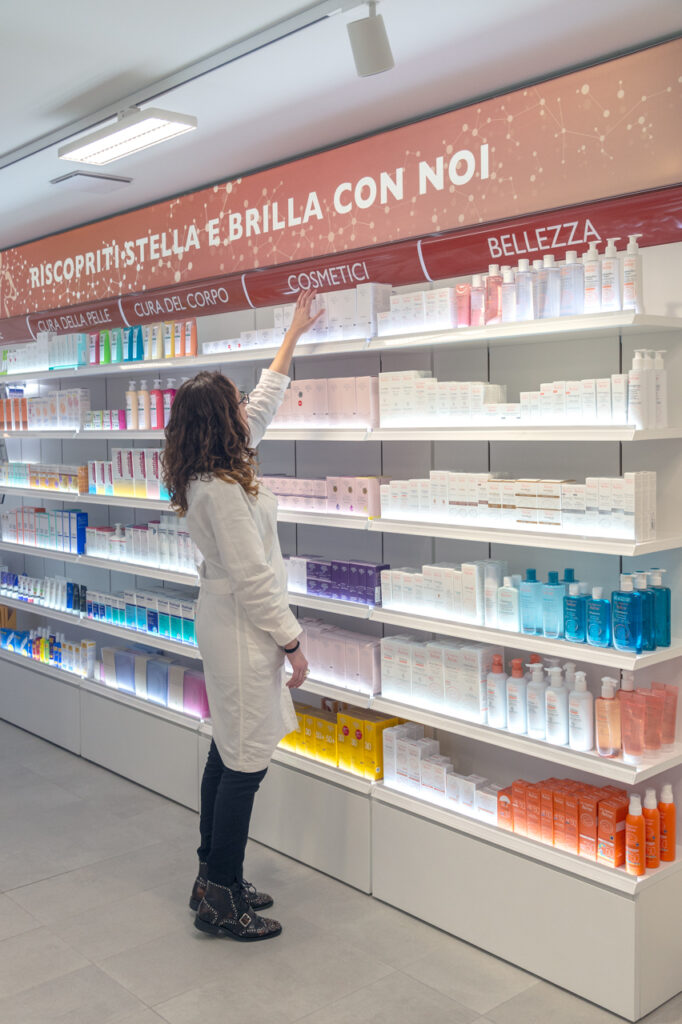 The image is fresh, luminous and welcoming, in line with the other pharmacy branch of the Pedrazzetti Group (La Fenice Pharmacy in Bellinzona).

The best furniture lines to enlarge the space and communicate a positive message were identified throughout the central stand models called GO-PLEXY and RAL8.2. A backlit canvas finished the latter one throughout a constellations pattern acting as a metaphor to transmit the values of the company such as “Pharmacy of people and for people”.

It is about a building for health entirely dedicated to people’s wellness. The retail footage is internally connected to floors where some specialist medical offices have been organized. The designed pharmacy hosts a multifunctional area for services as well.

ASK FOR A FREE CONSULTANCY

GET THE MOST OUT OF YOUR PHARMACY
BOOK HERE