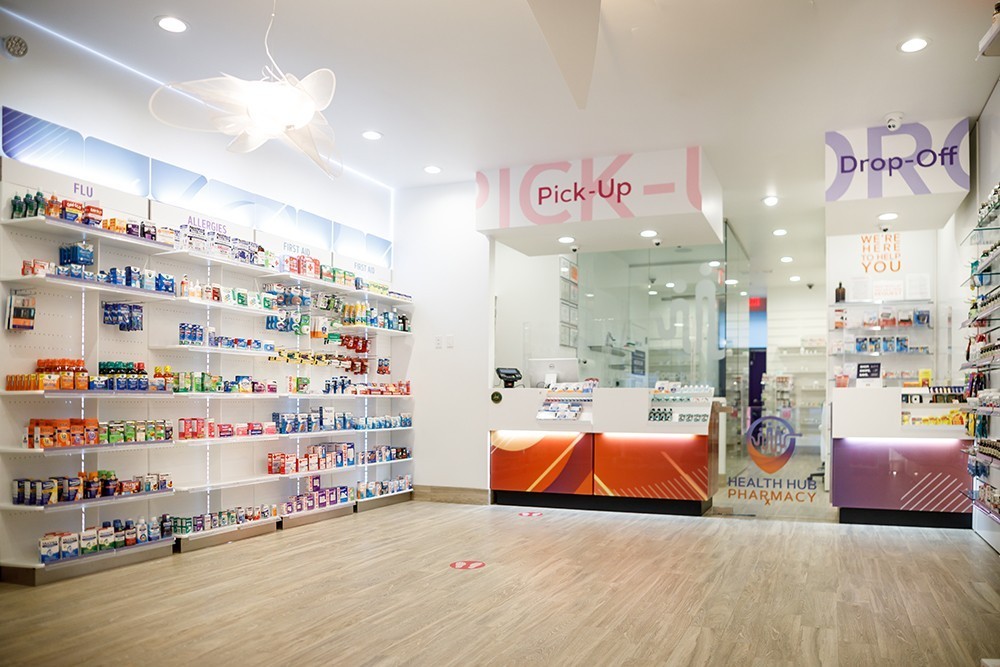 The target was to create a new Compounding, Non-Sterile Pharmacy with a modern style within the Astoria neighborhood, New York.

The Pharmacist, Dr. Moisey Zargarov, was after something looking rather modern as the area is heavily Greek and Arabic.

Consequently, he was asking to come up with a design that would have hints of Middle-Eastern and/or Greek Design components (i.e. some kind of fixtures, color schemes, patterns and alike).

The premises had to be organized with a dynamic layout which could be part of a constant renovation, either in terms of colors and graphics concept.

This is to keep up with the fast changing market orientations. As far as services are concerned, either the Compounding Area of Pharmacy Laboratory and the Consulting one had to be visible as evidence of the pharmacists’ professionalism.

The Front-end concept finally was supposed to be bright and communicative with a strong welcoming character to invite people in. 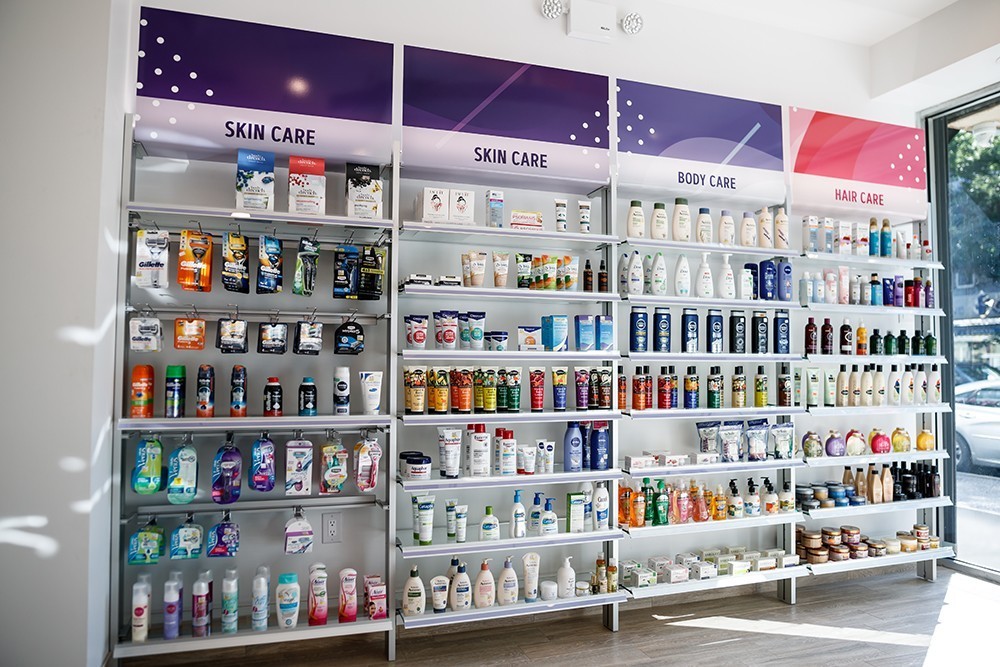 The premises come with a narrow and long rectangular layout. The design intended then to create some curves either on the elevations and on the underside of ceiling in order to “guide” the patient and make him look at the whole “front-end retail space” which is supported by a “meet & greet” counter desk for those clients who are in a hurry and want to buy just one product.

The internal environment is luminous and colored, cozy and sophisticated, and the colored pattern inspired by the ‘70s play a paramount role in subdividing the macro-areas and the category spaces.

Some design lights have been added, as well as plaster board curves which make the light more vibrant as a result of a more articulated Light Study carried out by Sartoretto Verna Designers.

Both the Consultancy / Health Services Room and the visible Laboratory are transparent and inviting. As far as the Ethical Area is concerned, the “Lea” counter desk units had been chosen.

They can later on be transformed in conjunction with the majority of shelving visuals and communication fittings inside the Pharmacy space.