Posted at 17:17h in Portfolio by damiano
0 Likes

Verona is home to the Bacchini Pharmacy, located in the area around the city’s university hospital (Ospedale Policlinico – Clinica Universitaria). The Bacchini family have been running this pharmacy in its present location since 1993 when the building was first renovated. In 2002, however, the pharmacy underwent a radical transformation that has made numerous improvements to the pharmacy, such as the installation of a range of hi-tech features specially designed for pharmacies. The full-scale renovation of 2002 gave birth to a modern and up-to-date pharmacy. 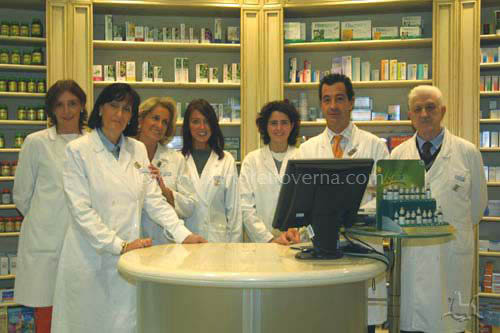 A basement was added to the existing rectangular-shaped floor (129 sq. m.) in order to house the stock rooms, a large department dedicated to health foods and foods for people with special dietary requirements (e.g. gluten-free products), a cloakroom, staff room and toilet. This freed up more space on the ground floor which can be used for displaying merchandise for sale.

The idea behind Sartoretto Verna Srl’s project was to transform the pharmacy into a large public square. We designed a double entrance onto both sides of the street that would channel the flow of customers towards the pharmacy’s interior which revolves around a central point marked by an up-side-down conical pilaster. This central pivot is surrounded by 6 staff positions (4 tills and sales counters, 1 cosmetics counter and 1 herbal medicine counter) each of which are entirely independent. As a result, the client has the feeling of being welcomed into the centre of this cosy environment and snugly wrapped up, a sensation which is further increased by the pharmacy’s slightly curving walls and ceilings. The whole project follows from this original idea, inspired by the concept of the public square as the theatre of every day life, a place of meeting and greeting. This idea has strong links to the city of Verona itself, and its sheltered and isolated squares that are surrounded by important buildings with large porticos. 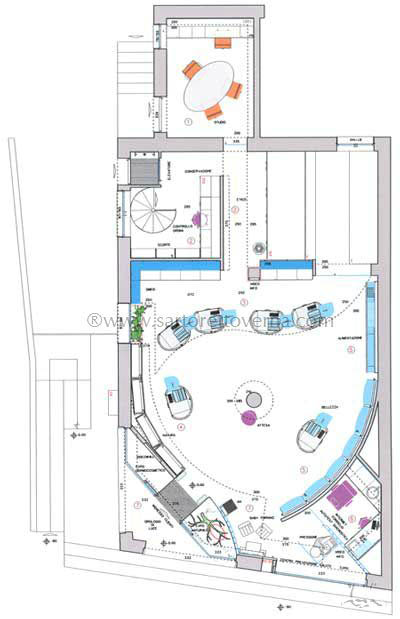 The the customer is surrounded by various product sectors, each one differentiated by back-lit arched tympanums made out of coloured glass that come from the Ral2 and Ral3 furniture series.

As soon as they enter the pharmacy, customers are met by a bronze tree with a glass brick background containing complementary medicines and a plasma-screen TV displaying information about dermocosmetics and other services on offer. In this way, nature in the form of natural products is contrasted with man-made cosmetics. 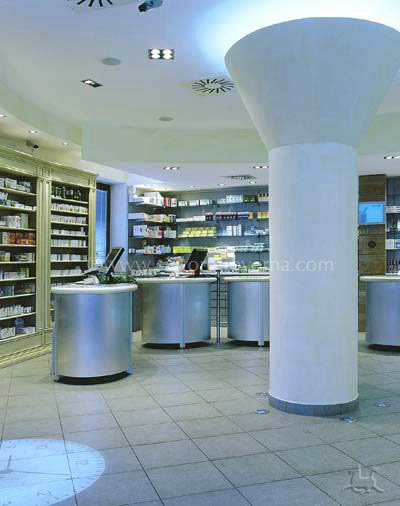 Once customers have entered the pharmacy, they can see the herbal and complementary medicine sector on their left, which features a mini-botanical garden and ivory-coloured furniture that belongs to the Classic furniture series. This pieces of furniture have been made following designs dating back to the 16th century in monochrome wood with gold pilasters and cornices. Also, they have been treated with wax to give them that aged feel. On the right, they can see a more private area where the beauty treatment rooms and so-called Prevention Centre are found. Here customers can have a facial as well as test themselves for high or low blood pressure, high cholesterol, diabetes and undergo an ECG.

A pharmacy dedicated to its clientele

Facing the customer, there are 4 semi-circular Ral2 series counters in aluminium serving as tills and sales counters. Behind them, there is another counter for the OTC and another information display resting on a pink stone base.

There is a long corridor that connects the tills area to the back of the store where the pharmacist’s study is situated, which is separated from the rest of the building yet features all the creature comforts. There is also a modern dispensary for the preparation of medicines and a lab equipped for preparing cosmetics, both of which are the jewels in the crown of the Bacchini Pharmacy. The stock rooms and the stock handing area is also located here and there is a lift connecting this floor with the store rooms below.

Sartoretto Verna Srl design brief was express the passage from Bacchini Senior to this children Marco and Maria in concrete term, injecting new life and technology into the pharmacy at the same time as preserving the pharmacy’s reputation for quality and trustworthiness for which the pharmacy is renowned. 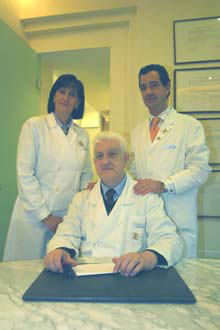 Innovation that honours traditions and ensures their continued survival.