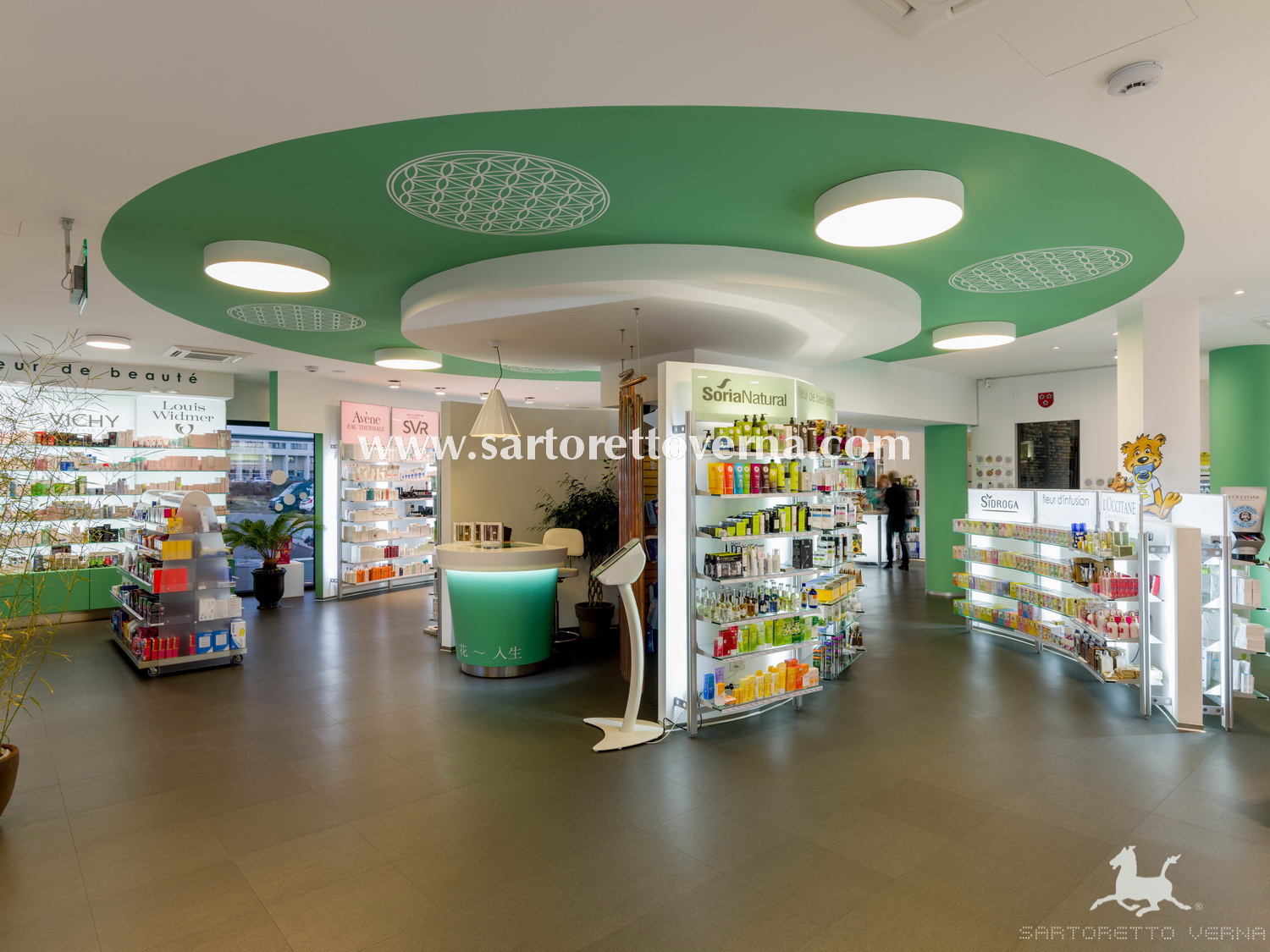 We are located Nonnewisen, just a few steps from the center of Esch Sur Alzette – Luxembourg.  It is a new-generation neighbourhood based on the concept of “living in a park” where there is complete harmony between the outdoors in inhabited indoors. It is the perfect place for an international homeopath such as Mr Benoit Stouffs to open his pharmacy “Fleur De Vie”. It is currently housed in a temporary container whilst the plans for the final premises are being defined yet the pharmacy already reflects the unmistakable personality of its owner in an environment where nothing is done at random. The flower of life lies at the heart of the project with its complex form of sacred geometry, energetic symbol of rebirth, regeneration, joy and hope. 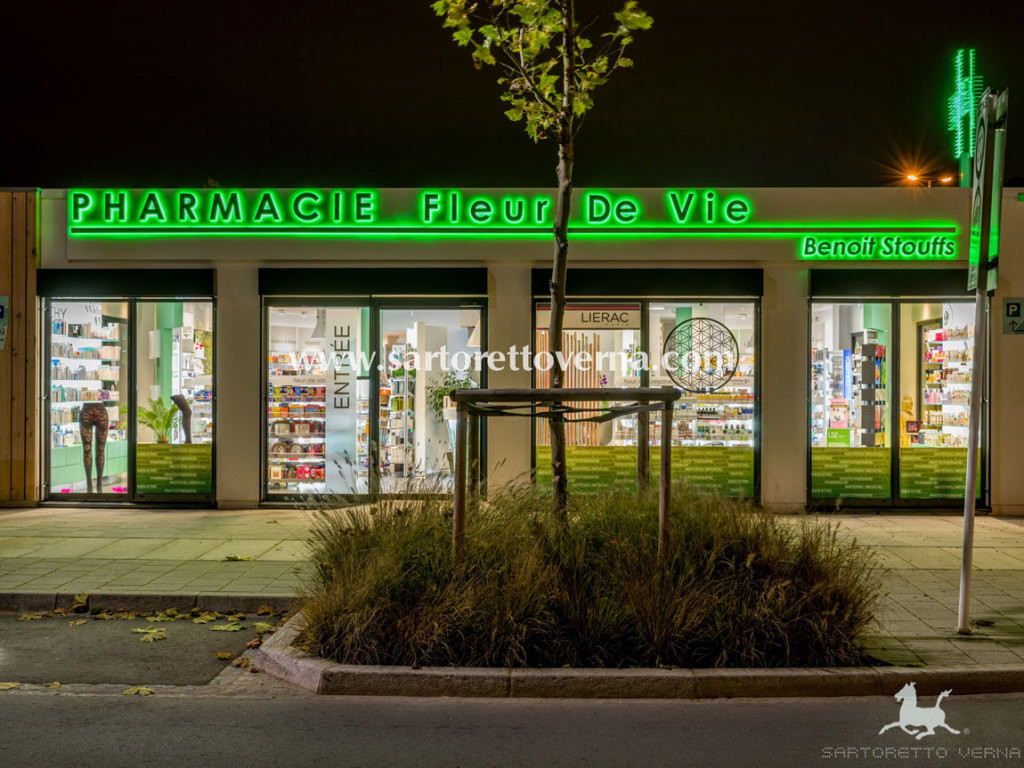 A series of concentric circles of RAL2 displays, that move away from their geometric center create inviting and encompassing paths. The center is home to the welcome desk with Chinese décor and a consultation counter separated by a copper-rod curtain evoking the images of a wind chime. It is no coincidence that the symbolism is reminiscent of Chinese medicine which is the basis of homeopathy. 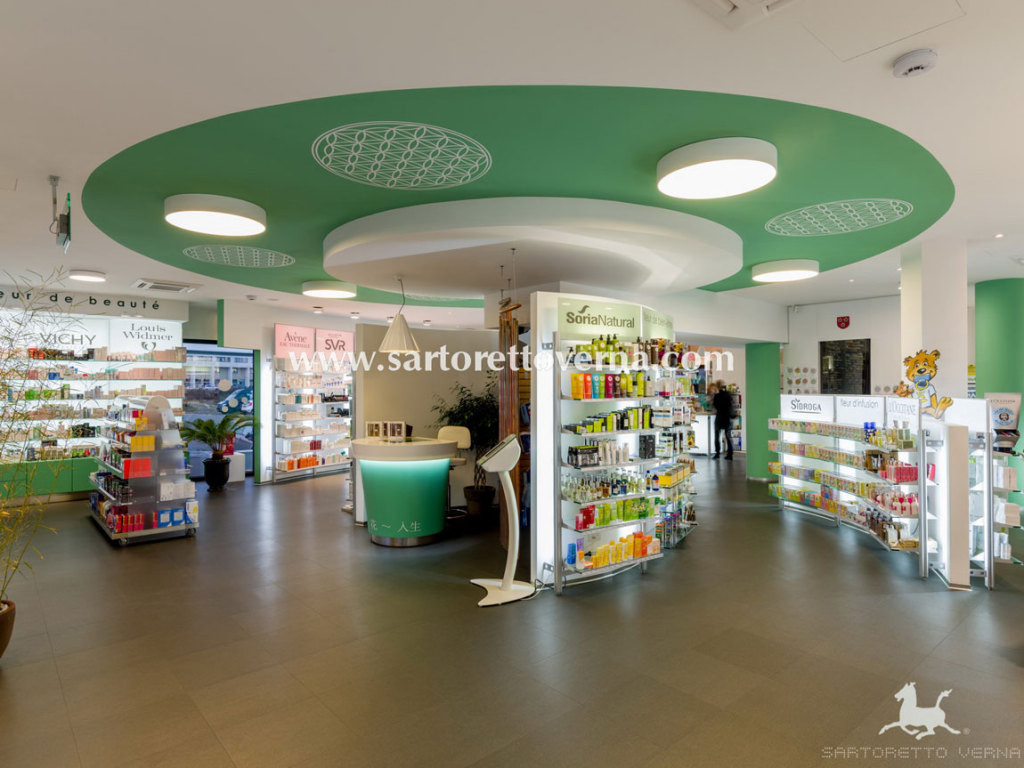 Technology plays an important role for the contemporary feel of the pharmacy. A robot comes into the sales area and is the main attraction for the children who color in their flowers of life whilst sitting in the baby park amazed by the robot’s arms that incessantly work away. The five work stations extend laterally into two groups; one is for quick consultations and prescriptions and the other more private where the Latin “Primum Non Nocere” reminds every one of the main aim of the pharmacist. The green Art Nouveau gives a feeling of freshness and originality in contrast to the wood used on the shop front which with its presences create the link with pharmacy and the eco-friendly concept of the neighbourhood. 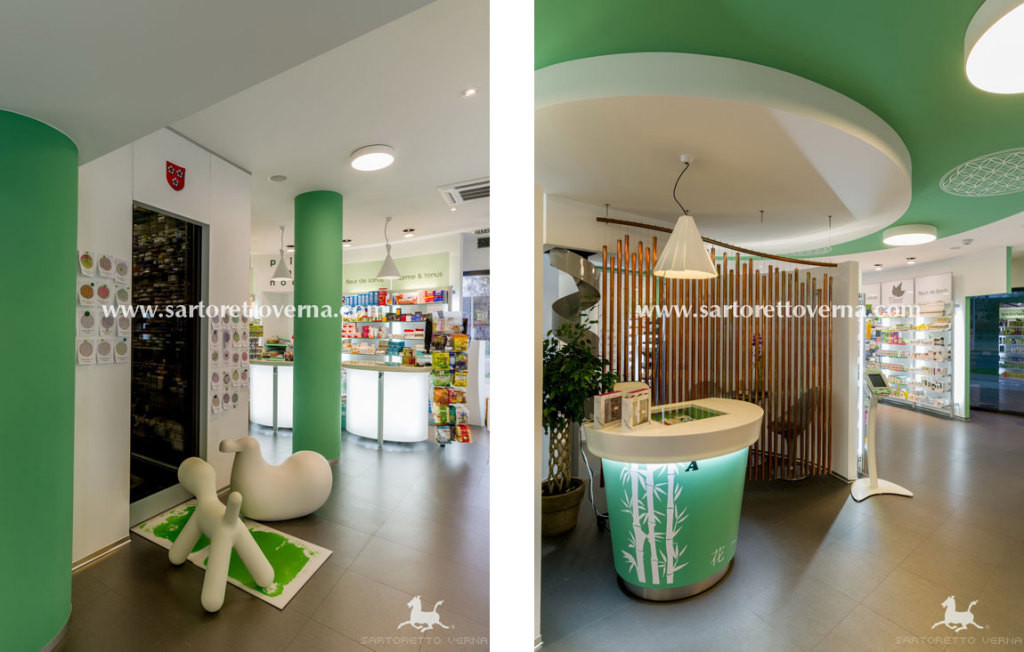