21 Feb Customer behaviour in the pharmacy

Posted at 18:19h in Blog+novità by damiano
0 Likes

Consumer Behaviour in the Pharmacy:

In today’s changing word eco-technologies are creating new jobs, globalisation is leading to increasing alienation and social discontent and the new media are changing the behaviour of consumers who are becoming more individualistic and are searching for more certainty.

Consumers have changed a lot in recent years. During the 90’s the consumer was won over by price, sales and special offers. Today, price is still very important but there has been a number of changes in consumer behaviour. Firstly, consumers are no longer willing to buy products that are cheap but do not exactly correspond to their needs. Rather, advice on what product to choose has become as important as price. The growing importance of assisting customers in choosing of products has led to a growing demand for specialised points of sale. This trend can be linked the rise of a kind of consumer narcissism, as the consumer wants to set themselves apart from the crowd and affirm their own individuality.

Consumers want to be recognised, given respect and want to buy something personalised, unique. They tend to abandon large and impersonal shops in search of a one-to-one relationship. In short, customers want to be given personalised service and have become hedonists. As a result, large chains and supermarkets have tried to scale down and limit choice. This can be seen in the fragrance, shoe and clothing sectors, where the consumer is becoming ever more demanding, hedonistic and narcissistic, seeking products that are literally made in their own image.

What has happen in the last 50 years for this sea change to come about? Between the Second World War and the 1970’s a consumer society has been created by a strong economical growth. Despite the first oil crisis in 1974, consumer spending and acquisitions have continued to rise. Unemployment boomed after 1983 and people started to worry about job security, leading to a growth in saving and fear for the future. The first Gulf War broke out in 1991 and consumer society changed profoundly as a result. Due to renewed economic growth, consumer spending starting to grow after 1998 but the euphoria did not last long as the spectre of economic recession reappeared in 2008 and unemployment restarted to rise. 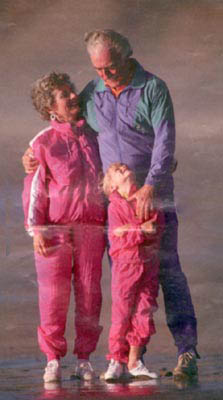 Consumers feel that they are being cheated by the large multinationals, artificial rises in prices,  useless gimmicks, the hard sell and false advertising. Due to this crisis in consumer confidence, consumers have become more critical and are demanding cast-iron guarantees. According to a survey conducted in France in 1999, 64% of consumers do not trust supermarkets. They continue to shop there, but are very critical of supermarkets and their business model. In the meantime a consumer culture has grown up which has been determined by a series of social changes:

– A lengthening of life expectancy.

– Health and well-being has become a central concern of society as a whole. The pursuit of good health has become a essential value both in people’s personal and professional lives as good health is essential for meeting the demands of the modern corporate world.

The incapacity of the establishment (the state, institutions and traditional political parties) to react to the parlous state of the world economy (financial scandals, take-overs, mergers and unemployment) has lead wage earners to loose faith in their managers. The increasing sense of insecurity has had a direct effect on consumers which has become a stressed and fearful individual who needs reassurance.

– the media have contributed to deepening this climate of insecurity and fear by their perpetual search for scoops that play upon people’s fears and increase stress and fear. The Internet has also changed consumer trends, especially marketing and sales. The exponential growth of e-commerce competes directly with retail pharmacies. Orthopaedic products, blood pressure measurers, plasters, OTC medicines and other remedies can all be bought online. The Internet is world wide and the growth of figures for online sales is startling. It allows customers to buy products which cannot be sold in their own country as there is a lack of legislation which allows medicines to circulate freely.

Since this is a serious threat to the retail pharmacy, one must try to find a answer. People’s free time is more important than the time people spend at work and it is full of stress and angst. Television fills our living rooms with images of pain and suffering from all over the globe and catastrophes are lived in real time, thereby changing citizens’ morale and effecting consumer spending.

The growth in the percentage of senior citizens among the population causes a constant rise in the demand for goods and services.  This sector of the population becomes ever more important, constituting 50% of the clientele for the entertainment and leisure industry. Pensioner’s purchasing power is far greater than in the 1960’s as is their determination to buy in comparison to 40 years ago. They are full of life and do not stay at home but travel, dress well, want to stay young, and are not afraid to spend.

In the United States this sector of the population has turned out to be a gold mine for the last 15 years. Intelligent shop owners have been putting up signs for those who are long sighted, a problem that is common among older customers. This slice of the population is linked to certain values and traditions, and is a very valuable customer due it their one main characteristic: loyalty.  When they find a shop that is trust-worthy, honest and gives good advice, they tend to be loyal customers and do not move their custom elsewhere.

HOW TO MEET CONSUMERS’ EXPECTATIONS

In France, non-refundable medicine sales were 1.5% of household expenditure in 1970’s, rising to 2.8% in 2000. According to a survey carried out in the 1970’s, the majority of French people attributed their health to their doctor and medicines. On the contrary, another survey carried out between 1995 and 1998 affirms that 72% of French people thought that their health depended upon their own care and attention for their own health. This is due the growth in public health education which has raised awareness and made consumers more responsible for their own good health.

This growth in awareness has changed the way people think about the pharmacy. It used to be thought off as a place filled with the ill and infirm, where you went with a prescription to buy the drugs your doctor had prescribed. Today, however, all this has changed. Pharmacies are full of healthy people who want to keep healthy, and the pharmacist helps prevent illnesses and reduces the need to go to the doctor.

The birth of the modern pharmacist is also linked to the increase in spending on health products. As welfare states cut spending on national health services and the amount citizens spend on health goes up, a two tier health service is created, one for those who can afford private health insurance and another for those who are less well-off. Pharmacists must be able to tackle this difficult situation and help the consumer when they are in difficulty.

The consumption of organic foodstuffs has grown 30% in comparison to the 4% growth in the consumption of the non-organic foodstuffs in recent years. The organic sector accounts for only a tiny percentage of the entire market yet fear and insecurity persuade consumers to buy organic products even if they are more expensive. The popularity of the organic label has also been harnessed by pharmacies, such as the French chain Viadys who registered notable increases in sales after they inserted slogan referring to the organic sector in their new sign (“La Santè Bio”).

There are over 30 brands of cosmetics that have decided to obtained the “AB” mark certified by Ecocert. Twelve of these have already obtained it and have registered a rise in sales due to the fact the consumers  want natural and tested cosmetic products. Moreover, according to a recent survey over 78% of women said that they used natural plant-based products tested by a dermatologist when asked what skincare products they used.

As consumers only receive partial and incomplete information, they need help in choosing and precise information. Generally, consumers do not think that the illustrated instructions that come with medicines are useful as they are not clear and difficult to follow. They prefer things to be explained to them by the pharmacist, something which you can do by displaying clear and precise information in the shop window, on shop signs and elsewhere.

To satisfy people’s need for safe and secure medicines, it is important to stock natural, organic and ecological products. Pharmacies must cater to consumers demand for more made-to-measure products and one-to-one relationships and marketing by moving away from the old mass market consumer model and  listening to what customers want. You cannot just ask customers to wait their turn and then serve them in a dismissive way. This type of customer-pharmacist relationship is destined to disappear.

Pharmacies are ideally suited to remodel the old customer-pharmacist relationship as they are normally small and it is easy to redesign their interior in order to cater to consumer demands. It is important to bear pensioners’ needs in mind as their custom amounts to around 20% of most pharmacies’ turn over. For example, around 48.5% of bodycare products are bought by pensioners.

Value-for-money has become much less important for consumers than cost-effectiveness since consumers are much more concerned about a product’s effectiveness than its price. In other words,  you can only justify a product’s price by highlighting its benefits.

Pharmacies must stop being sad, serious, grey, and identical, and start becoming dynamic, innovative and eco-friendly places buzzing with special offers and humanitarian values. Promoting charities and humanitarian campaigns is essential as are screening campaigns and self-testing. Otherwise consumer trends will not change and customers will simply enter, choose, buy and leave; never to return again.

HOW TO SATISFY THESE NEW CONSUMERS

Customers do not want to just talk about their heath with the pharmacist but be provided with detailed and specialist information for solving their problems, such as what type of exercises are best for that customers particular pain or what is the latest medicine on the market.