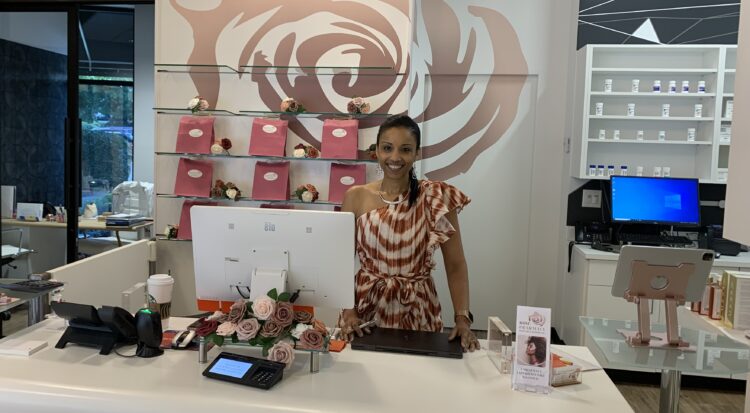 23 Aug Cornelius is home again to a compounding pharmacy, and it’s a beautiful space

Posted at 15:10h in Blog+novità, Independent pharmacies by damiano
0 Likes

Cornelius is home again to a compounding pharmacy, and it’s a beautiful space

Even in pharmacy school, the Davidson resident was thinking she’d like to own and operate her own pharmacy one day.

Rose Pharmacy & Boutique Apothecary is full-service retail and compounding pharmacy, with the compounding expected to be 90 percent to 95 percent of the prescription business, Eastman says.

Neil’s, the last compounding pharmacy in Cornelius, moved from West Catawba Avenue to Huntersville in 2007.

Eastman worked to create a beautiful space for her retail venture.

“When you come in, I immediately want you to have that  ‘aaaah’ moment. I want you to feel relaxed and that you will get what you need,” Eastman says.

Eastman wants that good feeling to make a customer anticipate leaving with something she didn’t have when she arrived. That something could be knowledge or a product.

Right now Eastman offers some of the same products as a health and beauty aisle in a traditional store: aspirin, moisturizers, family planning items.

That’s a convenience for the customer, as is re-filling traditional prescriptions, she says.

The other items are more special: “It’s something I use,  have used or my family uses. I stand behind it.”

When selecting beauty or health items for the shelves, Eastman requires high-quality, premium ingredients. And she supports woman-owned businesses; she says about 95 percent of the products she sells are woman-owned brands.

Eastman has her own line of high-quality vitamins.

“When you walk in, no one associates this with a pharmacy,” Eastman says. “I want people to see this as a pharmacy but feel it’s not like anything I’ve seen before. I know I’ll be taken care of in a professional way.”

Eastman believes pharmacy should be preventative and much less reactionary. She has a holistic approach and offers explanations and advice about products and approaches to health goals.

Early career
After graduating from Wingate University School of Pharmacy in Wingate in 2009, Eastman went to work at Rite Aid, a great experience, she says, where she was encouraged to be more than someone who dispenses pills. 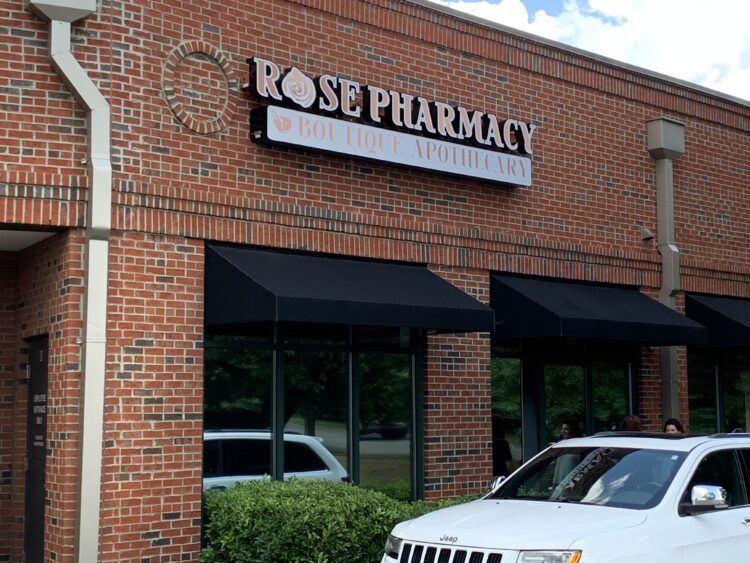 “Because of that I wanted to do more. I had good mentors and started taking on more responsibility,” Eastman says.

She was running 26 pharmacies in the Winston-Salem district when Walgreens purchased roughly 1,900 RiteAid pharmacies in March 2018.

The Walgreens culture was different and didn’t speak to her in the same way that the Rite Aid culture did.

Four years after that corporate change, as of Q1 2022,  Walgreens and CVS each have more than 9,000 stores in the United States. Rite Aid operated 2,451 stores.

And Nicole Roseborough Eastman has one.

Eastman started to consider making the change to pharmacy owner and operator in 2017 by gathering information and figuring out her business model.

“I knew I wanted it to be beautiful, a boutique and I wanted   to give people a way to see a pharmacy differently,” Eastman says.

After being turned down by several banks for a loan to finance her start-up, Home Trust came through. She credits Home Trust with making the arduous SBA loan process as painless as possible.

The purchase and upfit of 1,670 square feet  at 20035 Jetton Road Suite B , purchase of lab equipment and other start-up costs topped $1 million, she says.

She left Walgreens in February 2022.

Right now, Eastman is the handling all facets of Rose Pharmacy & Boutique Apothecary. She hopes to hire a pharmacy technician soon.

Eastman is also looking to expand products, for example, to include soaps, essential oils and items for men.

She has been married to her husband Byron, who works in counterparty risk at Wells Fargo, for 22 years and has two daughters, Marley, 13, and Mila, 11. The family lives in River Run with their goldendoodle named Pedro.

Compounding can be done with prescriptions for human, equine, canine or feline use, Eastman says. One compounder in Texas even changed an Rx for a stingray so the ointment stayed on the sea ray in the water, she says.

More common, though, is the dog, cat or horse that needs a compounded medicine.

“Did you ever try to give a cat a pill?” Eastman asks.

Cats have lots of blood vessels in their ears, so a pill can be compounded as a cream that is rubbed on their ears. Happy cat, happy pet parent.

For humans, she can make medicines that are specific to a person,  and in a form that is more palatable, like a lollipop if that’s what will work, she says.

What’s in a name? Not Schitt’s Creek

“I decided on this name a long time ago. I love my maiden name,” Eastman says. She took her maiden name of Roseborough as her middle name when she married.

The name Rose Pharmacy & Boutique Apothecary was engraved on her heart and mind by pharmacy school graduation in 2009.

The television sitcom Schitt’s Creek, which she loves, came along in 2015 and the fictional store Rose Apothecary opened two seasons  later.

“I love the word apothecary, which means pharmacy,” she says.

But even while taking notes on a napkin during a brainstorming session in school, Eastman knew that people needed to understand her business was a pharmacy.

Sartoretto Verna is another idea of pharmacy

Please get in touch for DESIGN, FURNISHING and COMMUNICATION of your Pharmacy. Click Here…

ASK FOR A FREE CONSULTANCY

GET THE MOST OUT OF YOUR PHARMACY
BOOK HERE